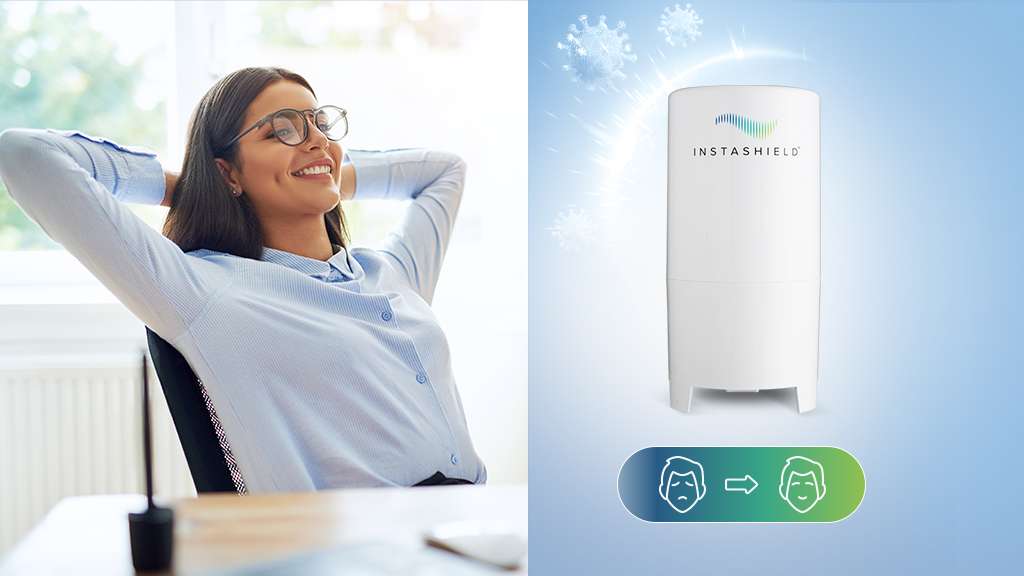 Many people think of negative ions as being synonymous with smog or dirt. But negative ions can be found in the natural environment, and they’re good for you! Negative ions are atoms or molecules that have lost one or more electrons—the same process by which positive ions gain one. They get attracted to dust particles in the air, make a bond, and settle down on the surface. Many types of medical devices use negative ionization technology to treat diseases because it helps eliminate airborne allergens and pollen from the air and restrict them from entering your face and body.

Let’s sneak peek into some of the key benefits of negative ions on your health & well-being.

Negative IONs Are a Natural Antidepressant

Negative ions have been shown to increase serotonin levels in the brain.

Serotonin is a neurotransmitter that helps to regulate mood, sleep and appetite. It’s produced in the body by the pineal gland, which is located in the middle of your brain. The pineal gland also releases melatonin when it gets dark (a hormone that regulates sleep cycles). This can happen naturally if you live near a water source or if you live next door to someone who has an indoor pool on their property—but what about those of us who don’t? It turns out that negative ions released by negative ionizers can help boost the production of serotonin by stimulating this gland!

They Leave Your Skin Feeling and Looking Great

Negative ions can help remove pollutants from your skin. The natural barrier of our skin is made up of dead cells, which are covered in a thin layer of water. Unfortunately, this water layer doesn’t hold up well when exposed to pollutants like smoke or pollution in the air. These chemicals can damage the top layer of your skin, causing redness and irritation as well as acne breakouts.

Negative Ions can also reduce skin-related issues by removing the built-up dirt that makes up pimples!

They Boost Your Energy Levels

Negative ions are known to increase your energy levels. This is achieved by pushing the molecules in the air towards one another, which makes it easier for you to breathe and helps with concentration.

Depending on where you live, negative ion generators can give you between 10-20% more energy throughout your day. Depending on how much sleep you get each night, this could make all the difference between being able to do a few more tasks each day and just feeling like a slug at work!

They Help You Get a Better Night’s Sleep

Negative ions are a natural sleep aid. Negative ions also have been shown to reduce stress levels and anxiety levels in people who suffer from these issues – so if that sounds like something you struggle with then investing in a negative ionizer device may be worth considering!

Negative ions are also good at reducing swelling due to injury or illness. This is because they stimulate white blood cells called macrophages (which fight infection) within the body by attaching themselves directly onto them using electrostatic force fields created by their negative charge attraction to nearby positive ions such as calcium atoms found within our bones, muscles, etc.

They May Aid in Weight Loss

Negative ions have been shown to help people lose weight. They increase energy levels and boost metabolism, which means you burn more calories while resting or sleeping. Negative ion therapy also helps with sleep quality, so you’ll be able to burn even more calories when you’re not sleeping! This is one of the main reasons why negative ion therapy can help reduce stress as well — it increases your body’s ability to relax and release endorphins (happy hormones).

You should increase your negative ions exposure if you want to improve your overall health and well-being!

Negative ions are a powerful way to improve your health, well-being and immune system. They can help you feel better in the long term, by reducing stress and boosting your energy levels.

Negative ion producers are available from many different manufacturers and you can order them from E-commerce platforms like Amazon, Flipkart, etc. Their cost varies depending on the model and size you choose and how many hours of operation it has (or if it’s rechargeable).

To use them: simply plug them into an electrical socket near where you spend most of your time—for example at home or the office. One of the best negative ion generators is InstaShield Virus Slayer. This antivirus device can kill all kinds of viruses with up to 99.9% efficiency in the air and on surfaces at home or office.

We hope that this article has given you a better understanding of negative ions and how they can benefit your health. Let us know if this information has been helpful or if there are other topics that you would like us to cover next time we write an article on health and wellness topics. We always love hearing from our readers!